It’s a good idea to be diverse in our entertainment choices. People who reject a story based on its aesthetic, or its genre, or its age, run the risk of missing out on something brilliant. They may even be missing out on a learning opportunity.

Today’s post is about something delightful I learned while watching some movies recently. Sometimes, two things that on the surface would seem to be completely and unequivocally dissimilar can actually have a lot in common. It’s true of people, and it’s true of motion pictures, as well. See, I love old classics. I like compelling, well-acted, non-depressing biopics. I also like a good alien movie. These aren’t interests one would generally expect to collide. But that’s where the delight comes in. 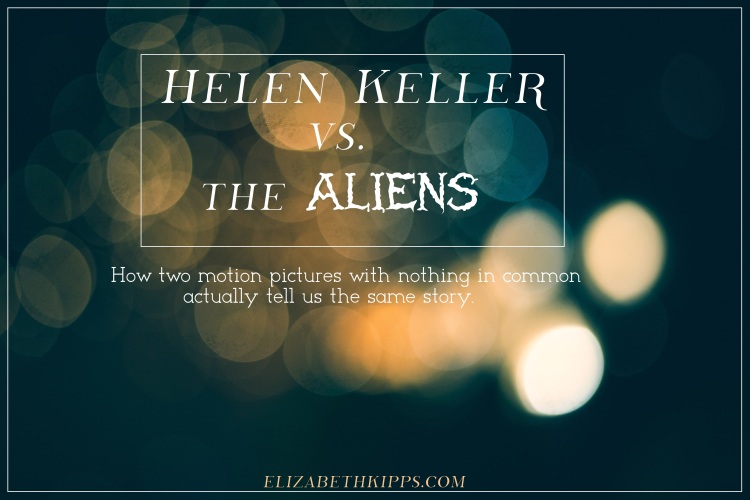 Allow me to present Exhibit A. The Miracle Worker (1962) is a biographical snapshot of the early life of Helen Keller, and her relationship with her teacher Annie Sullivan. Anne Bancroft (as the former) and Patty Duke (as Helen) each took home well-deserved Academy Awards for their performances. My immediate impression upon the film’s conclusion was that these two actresses had delivered two of the best performances I’d even seen in my life.

It is a remarkably good film, almost exhausting to watch, but the labors of Annie to teach her pupil, and of Helen to grasp the lessons, is well worth the journey. When the light finally catches in The Miracle Worker’s final act, the result is pure and ecstatic joy. One wants almost to exhale in relief while blinking away tears simultaneously. We finally see the fruit of Annie’s arduous efforts, and Helen has been given a voice. She has discovered the power of language, as well as the ability to communicate it. Her life, we see, will never be the same again.

This is the best kind of ending, in that it is really a beginning.

Which brings us to Exhibit B. Arrival (2016) is an alien movie. The heart of the story, however, are not its extraterrestrial visitors, who have showed up on earth in twelve pod-like vessels at different and seemingly random locations. The heart of Arrival is Louise (played by Amy Adams), the expert linguist who has been recruited to attempt communication with them.

What follows is a visually arresting journey towards understanding with these alien beings (dubbed heptapods). Amid pressures to find out who the heptapods are, and whether their purpose on earth is for good or ill, Louise embraces the challenge of interpreting— and eventually absorbing— the heptapod language. To delve much deeper into the themes of the film would be impossible without spoiling its surprises for those who have yet to see it. Suffice to say, much centers on language, communication, and the ways we as mortal beings perceive what those things even are.

The light catches for Louise, as it did for Helen. And it kind of catches for the viewer, too. 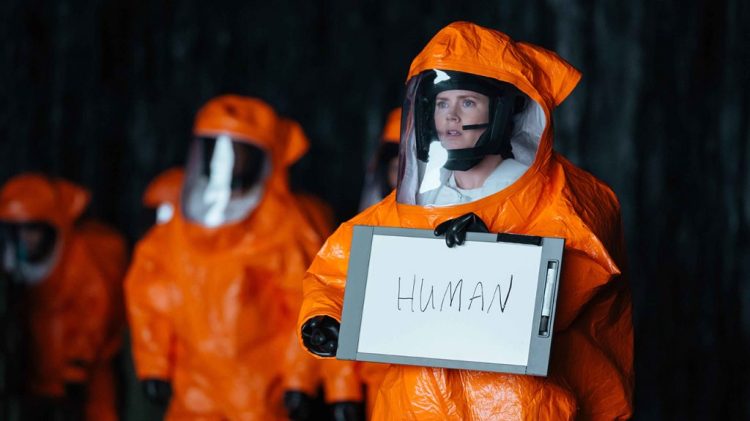 I first viewed Arrival at the beginning of 2019, even offering a bite-sized review here at the blog. I knew then that it had been an exceptional film, but that it hadn’t quite sunk in. Confronted with everything the opposite of the stereotypical alien invasion flick, I was taken off guard. Instead of action and suspense, Arrival is all subtlety and patience. Where most movies of its genre appeal with special effects and high stakes, Arrival impresses with its strong narrative and thoughtfulness. Here, I knew, was a film that demands a repeat viewing.

As luck would have it, I picked Arrival up at the library for a second time just days after having experienced The Miracle Worker.

A long time ago, I was watching The Devil Wears Prada with my brother. Halfway through its run-time, he remarked, “This movie is exactly like Rookie of the Year”. It was an odd, though not inaccurate, observation. I laughed at it. And as I sat contemplating Arrival for the second time, I couldn’t help noticing… “Hey, this is just like The Miracle Worker!” Even with such obvious external differences, the similarities between the two movies were impossible to miss.

The revelation was stimulating. Unlike in my brother’s case way back when, the similarities here were not drawn from over-used Hollywood plot-lines. No, in the case of Arrival and The Miracle Worker, I found instead a shared reverence for patience and perseverance…. two fascinating examinations of language, and the way we understand it.

I leave you with these two snippets that reveal a lot about the journey without spoiling the destination. Helen Keller and the heptapods have a lot to teach us. Viewers who share my affinity for quality film-making and such rich themes will be as happy as I was to learn.

2 thoughts on “Helen Keller Vs. The Aliens: How Two Very Different Films Tell A Similar Story”