I would rather be launching into Christmassy posts, but first there’s a whole season’s worth of book reviews to dispatch. Yawn.

Here are the best and worst (not to mention everything in between) of my reads from September through November. 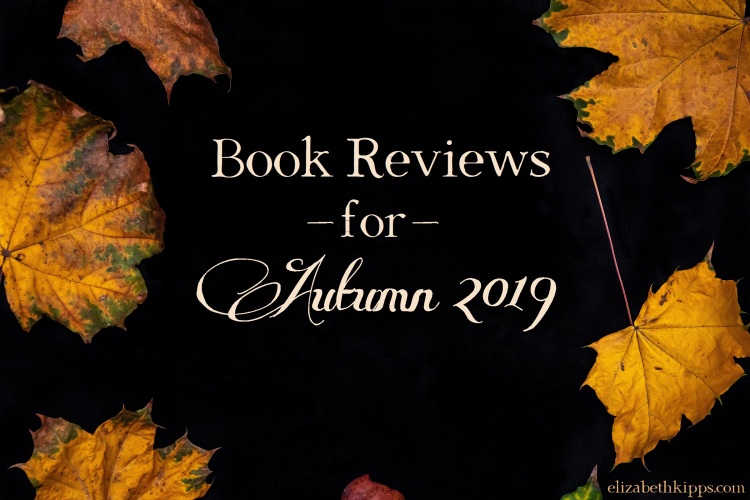 See You Again in Pyongyang: A Journey Into Kim Jong Un’s North Korea by Travis Jeppesen

The premise: An American man spends a month in the capital of North Korea as a student and tourist (yes, that’s possible).

I have many thoughts. None of them are too pleasant. At first, I thought the author was going to be one of those snobby intellectual adventurer types. While this did not prove to be the case (at least not the snobby part), his narrative voice still disagreed with me. Maybe it’s because the subject matter is depressing to begin with. Maybe it’s because I don’t share most (if any) of his worldviews. Whatever the case, this book was a difficult pill to swallow (and I mean, like, horse-pill difficult).

Over the past several years, having read as many books as possible on the subject of North Korea, following various aid organizations on social media, and even getting to hear a defector speak in person, I have a heart for this country. I want to have hope for it, too. Obviously, there is no easy path to freedom for these strong and noble people. But that is what I pray for. Hope. Liberty. Justice.

Elements of hope were absent in this book. I don’t say that’s unrealistic. Someone who’s been to the DPRK, even in a sheltered venture such as this, knows much more about it than I ever will. But it still made me overwhelmingly sad.

Exacerbating the sadness was something that has long troubled me in the whole non-fictional genre. How can we, as readers, determine what is accurate and what is not? Details get lost over time. People can be dishonest. So how can we know what’s true, in history and all around the world? How many non-fiction books are, in fact, the exact opposite of what they claim? We can never really know. And that makes me spectacularly uncomfortable.

Moving on now. Hopefully to something a little more uplifting…

A delicious blend of fantasy and history, Romanov re-imagines the life of Anastasia and her family.

I think that it is safe to say that Nadine Brandes has become one of my favorite living fantasy writers. After having decided to bide my time before buying a copy of her most recent masterpiece, I discovered that Romanov was available in e-book form through my local library. And just about hit the ceiling in my excitement.

I did not love Romanov quite as much as Fawkes, but don’t take that for an insult. Both books are the sort I am inclined to inhale like a line of… something illegal. But they’re also more than just addicting literature. Brandes’s work has serious backbone. It is as edifying as it is entertaining. These are qualities I will never ever be able to get enough of, and I can’t wait to find out what this amazing talent has in store for readers next.

A mostly fascinating look at the birth of espionage in America. After having watched the television series Turn, based on this book, it was nice to be able to separate dramatic fiction from historical fact. The author does lead you down a few too many rabbit trails, but overall it’s a good read.

The premise, revolving around time travel, history, and a bunch of kids on an extravagant globe-trotting scavenger hunt, is a whole lot of fun. The execution, alas, is rather ho-hum. Though the protagonist is pretty well-crafted, the rest of the cast is under-developed, their flaws and virtues told more than shown. I also thought that the language went a little over the line, given that this is targeted at middle-grade readers. It might be accurate to how kids talk (both now and back on the streets of 19th century New York City), but y’know, we don’t really need to encourage that.

Overall, Skavenger’s Hunt could have been a really great story, based on the nuts and bolts. But this reader must instead condemn it to the “Just-OK” territory.

This is the personal narrative of an ordinary young British woman who got caught in the web of sex trafficking.

Sophie begins her story by relating the particulars of her life. Her family was broken by the volatility of a brutish father, but otherwise loving and close-knit. She describes the ups and downs of her teenage and early adult years in a way that makes the reader believe she really could be any girl of their own acquaintance. But the familiar disappears as fast as blinking when a man Sophie thought of as her best friend ensnares her in a web of manipulation and violence, forcing her into a life of involuntary prostitution.

To anyone who knows anything about human trafficking, it is a recognizable tale. But Sophie’s story is no less horrific, no less heartbreaking, for its predictability. Anyone desiring to learn more about this pressing issue would not err in beginning here.
Description of the things Sophie was forced to do are never gratuitous. The verbal, physical, and psychological violence she suffered at the hands of her captor are, however, incessant and intense. As a reader, scene after scene of profanity and abuse can begin to feel repetitive. But when you consider what it must have been like to actually live it… well.

This isn’t some literary masterpiece. It is, I’ll say again, simply a normal girl sharing the story of how the normalcy was so cruelly snatched from her life.

Before ending, I am compelled to address a rather affronting criticism I have seen of this book (and, more importantly, its subject). Apparently, some people do not accept that Sophie Hayes was a victim of sex trafficking, because she never tried to get away. Because she was frequently left alone, but did not consider attempting to find help, or escaping her situation. Excuse me while I try to keep my temper. But how can these critics fail to understand the true nature of slavery? This isn’t kidnapping we’re talking about. Modern-day human trafficking is a cold and calculated enterprise. Perpetrators don’t have to control victims with barred windows and locked doors. They are master manipulators. They know how to rob a person of every sense of security. They are crushers of spirit, and thieves of free will. Slavery is not a force of mere physical limitations. There is such a thing a psychological enslavement. And I’m not sure it isn’t the more evil manifestation.

What Is A Girl Worth?: My Story of Breaking the Silence and Exposing the Truth about Larry Nassar and USA Gymnastics by Rachael Denhollander

This is not a book I recommend reading all in one day (much less a single sitting, which is pretty much what I did). It is, in a word… overwhelming.

I am overwhelmed by the horror and depravity of mankind. I am overwhelmed by the grace and providence of God, and His ability to shine light into the very darkest corners of this world. It took a perfect storm to take down America’s most prolific known pedophile, along with the twisted web of institutions that supported him. But Rachael Denhollander was a perfect storm of a person.

To read Rachael’s story is to share the unimaginable pain she and hundreds of other girls were subjected to at the mercy of a man who was supposed to be healing them. It it also to share in the triumph of reclaiming the voices that were stolen from them as they turn the tables on their abuser. Not every survivor of sexual abuse gets justice. The vast majority do not. But this is a story that offers, for once, a beam of hope.

This is a story for and about survivors. But it is also for those of us who have failed to understand their struggle. Have you, or anyone you know, ever asked the “why” questions? Why didn’t she come forward earlier? Why didn’t she report it? Why didn’t she get help? This book is the best possible answer you could receive, and you must read it. It does not shy from provoking the apathetic instinct that lurks within most of us. “Why didn’t she say something?” is not the right question. Our question must be, “how would I answer, if she did?”

I sincerely pray that this case will prove a landmark, and inspire a shift in our culture. I pray for a future in which the evil Larry Nassar got away with for decades will no longer be possible. Most of all, I pray for the strength and courage to stand against such evil, as Rachael and her sister survivors have done.

Fast Into The Night: A Woman, Her Dogs, and Their Journey North on the Iditarod Trail by Debbie Clarke Moderow

The Iditarod has always piqued my interest, but I’ve never actually learned much about it. From that standpoint, this book probably wasn’t the right one for me to read. It is less informational about the race, more just an account of one musher and her dogs. Which is fine. But probably more suited to readers already familiar with the Iditarod, and dog-sledding in general. 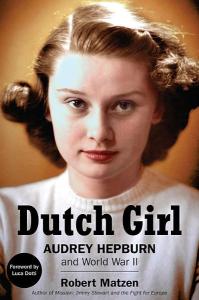 War stories in general have never been something I gravitate towards, but I enjoy learning about the average civilian’s experience during wartime. And of course it is all the more interesting when one such civilian happens to be Audrey Hepburn. The author does an excellent job of demonstrating how those early experiences formed and influenced the woman she would become. I was thoroughly engrossed.

Side note: Apparently Audrey Hepburn, one of the most lovely and beautiful women in the history of the world, never saw herself as being attractive and was always puzzled by her own popularity. My boggled mind is still processing this.

Out Of Darkness (The Light, Book 5) by Jacqueline Brown

This, the last book of Brown’s dystopian Light series, offers a natural and satisfactory conclusion to the story of Bria and her friends. The conflict and drama is mostly over, but that’s OK. These books have never been about the drama. Their beating heart is the characters and relationships within them. The dystopia is just window-dressing for deeper themes of faith and humanity.

Brown has her priorities straight. I wish the world had more stories and characters like these.